As the saying goes, “Never discuss politics or religion in polite company.” I think it’s safe to add one more topic to the list: tomatoes.

I wrote a column recently, asking “Why do French and Italian tomatoes taste so damn good?” and inadvertently kicked over a hornet’s nest. It immediately generated a lot of debate on social media about where the best tomatoes came from. Chef friends weighed in, and their opinions were, well, all over the map. Of course, I also got the usual Twitter trolls telling me Spanish or Greek tomatoes were much better. (Apparently, there are tiny tomatoes in San Sebastian, Spain that are amazing.)

A well-known American celebrity chef chimed in to say that there are spectacular tomatoes in the US, as well as inferior ones in Italy. He did concede that a layer of volcanic ash and pomace in the Campania region of Italy gives tomatoes their flavor, an opinion that Vancouver chef and restaurateur, Umberto Menghi agreed with. Menghi said that this region gets a lot of sun and not too much water. Tomatoes are picked there when they are mature and emit a smell that practically says “pick me.” The American celebrity chef went on to say that the soil in parts of Italy and France can not be replicated and is the big reason that their tomatoes, as well as cheese and wine, taste so much better. However, he left me with one word of caution when fawning over Italian tomatoes. He pointed out that when you are eating tomatoes in Italy, you are immersed in the romantic and emotional experience of being there. Fair enough.

A great chef, Daniele Cason, who I met in Japan a couple of years ago (and who treated me to one of the best pizzas I have ever eaten) told me that although he loved datterino tomatoes from Italy, his favorite was a Japanese tomato called momotaro because it has the perfect balance of sweetness and acidity.

I didn’t think anything could match the flavor of Italian tomatoes until two Vancouver chefs introduced me to sungold tomatoes grown in the Okanagan Valley of British Columbia, Canada. Iron Chef America winner Rob Feenie first told me about these tomatoes. Chef Pino Posteraro said that the best tomato for making sauce was the “juicy and fat” San Marzano from Italy, but Canadian-grown sungolds were among his favorite to eat. He shared a variety of tomatoes grown by Stoney Paradise Farm in Kelowna, BC and I was blown away. The varieties included brandywine, beefsteak, green zebra and a hybrid variety called cascadia, which I found to be the tastiest. These tomatoes were as delicious as ones I had tasted in Italy. Posteraro told me that the owner of the farm brought Italian tomato seeds here 20 years ago and decided that the arid climate and soil in the Okanagan Valley would be ideal to grow great tomatoes. The seeds were original heirlooms that had never changed their genetic structure. 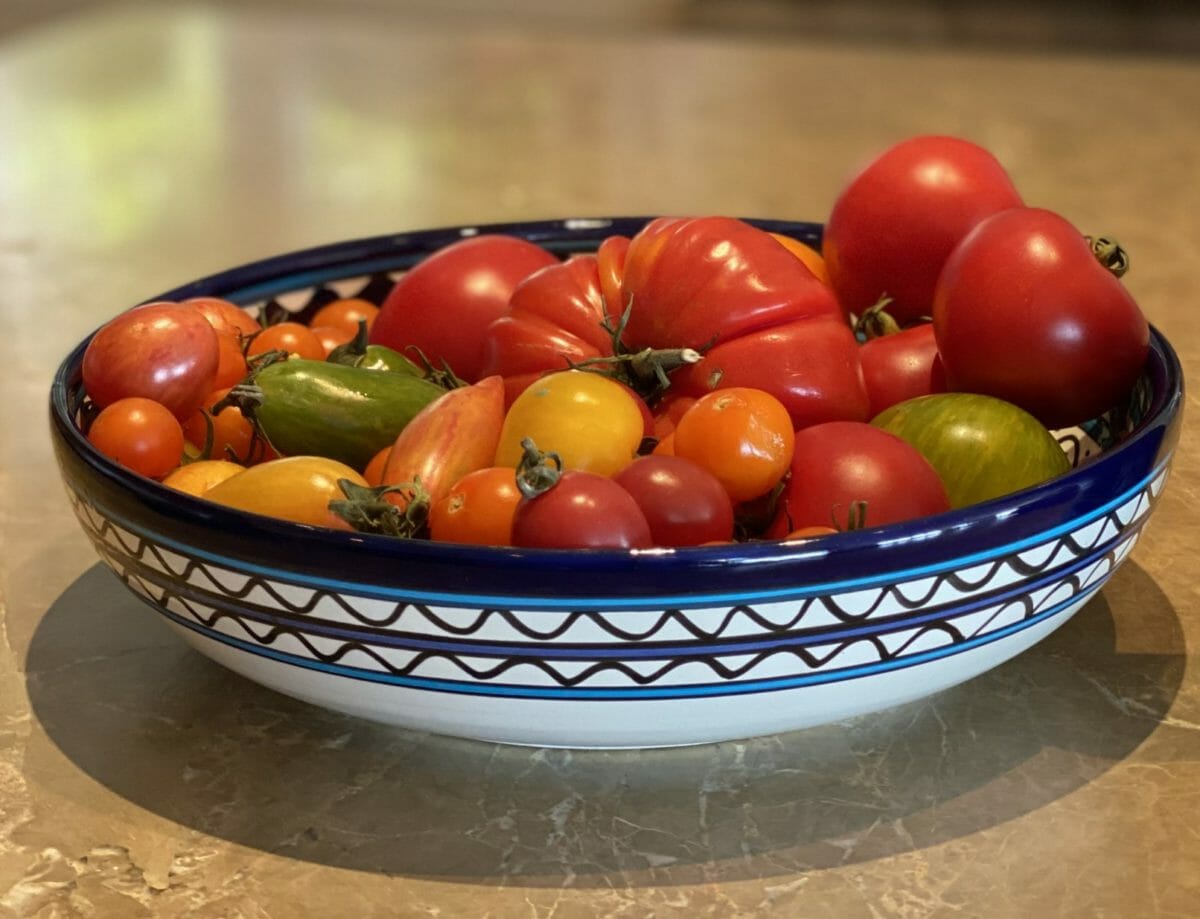 None of this will likely end the great tomato debate, but perhaps we are slowly inching towards the truth. Let me know your opinion in the comments below or get in touch on Twitter.