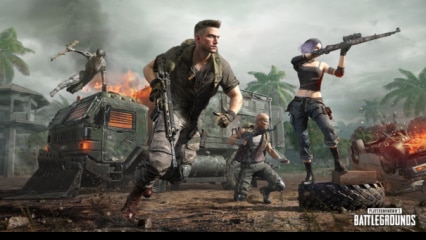 The South Korean company, which makes the popular game PlayerUnknown’s Battlegrounds (PUBG), may partner with the country’s gaming firm after its ban in India. According to media reports, PUBG is exploring possibilities for a partnership with the Indian gaming company to resume operations in India. PUBG Corp is a unit of South Korea company Bluehole Games.

Paytm First Games, one of India’s largest gaming firms, is already working in partnership with Garena Freefire, which is a competitor game for PUBG. Along with this, there are even reports that Reliance Jio can get a PUBG license in India. According to reports, the South Korean company has discussed the Revenue Share and Localization with Reliance Jio.

As per sources, after the break-up with Tencent, PUBG is looking for an Indian partnership to sustain itself in the country. The popular game is distributed in India by Tencent Holdings. “In light of recent developments, PUBG Corporation has made the decision to no longer authorise the PUBG Mobile franchise to Tencent Games in India,” PUBG Corporation had said in a statement.

The company said it is actively engaged in developing and publishing PUBG on multiple platforms, including PUBG Mobile in select territories, to provide the best player experiences possible.

The central government has banned 118 Chinese apps, including gaming app PUBG, amid the ongoing escalation from China along the border in Ladakh.