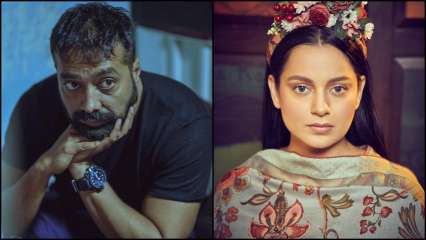 Soon after Payal Ghosh’s allegations against Anurag Kashyap, Kangana Ranaut supported the actor in a series of tweets. She even demanded the arrest of Anurag Kashyap while tweeting. Kangana tweeted, “Every voice matters #MeToo #ArrestAnuragKashyap”. The Queen actor also wrote, “Anurag is very much capable of doing what Payal Ghosh is suggesting”. She accused him of cheating on all of his partners too.

Kangana tweeted, “I far as I know Anurag self admittedly has never been monogamous even when he was married to various people, what Anurag did to Payal is a common practice in Bullywood, treating struggling outsider girls like sex workers comes naturally to them #AnuragKashyap #PayalGhosh.”

She further wrote, “Anurag is very much capable of doing what #PayalGhosh suggesting, he cheated on all his partners, self admittedly has never been monogamous. Phantom was full of womanisers many #MeToo accused, I supported those victims before also and liberals started smear campaigns against me.”

Kangana went on to tweet that she doesn’t need #MeToo and has settled her scores with alleged sexual predators. The Panga actor went on to write, “What #PayalGhosh says many big heroes have done this to me also, suddenly flash their genitals after locking van or room door or in a party during a friendly dance on the dance floor stick his tongue in your mouth, take an appointment for work and come home but force himself on you.”

Her tweet further read as “Bullywood is full of sexual predators who have fake and dummy marriages they expect a new hot young girl to make them happy every day, they do the same to young vulnerable men also, I have settled my scores my way I don’t need #MeToo but most girls do #PayalGhosh #AnuragKashyap”.

However, Anurag Kashyap denied all allegations against him levelled by Payal Ghosh in a series of tweets. His first wife Aarti Bajaj and Taapsee Pannu also defended the filmmaker.

This is the last era of superstars,says Priyadarshan