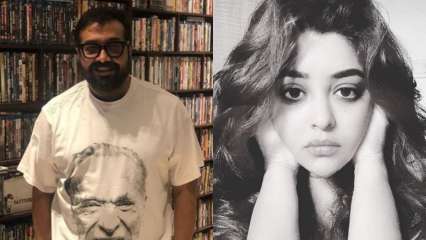 Days after alleging that filmmaker Anurag Kashyap sexually harassed her, actor Payal Ghosh has hit out at all those who have come out in support of the director.

In a tweet, Ghosh has alleged that there are a thousand efforts being made to suppress her voice and it’s all because she doesn’t belong to a film family. Nonetheless, she added, that the truth is going to come out.

Taking to her verified Twitter account, Ghosh wrote, “There are a thousand effort everyday to suppress my voice. The plot to change the twist everyday is happening. This is what happens when someone without a filmy background raises the voices. Let the time come, the truth is going to come out .. it’s eventual #metoo (sic).”

For the unversed, actor Payal Ghosh claimed during an interview that filmmaker Anurag Kashyap tried to force himself on her. Later, Kashyap responded to the allegations on Twitter.

In a long thread posted in Hindi, Anurag wrote, “Wow, you tried to silence me since so long. No problem. While silencing me, you kept on lying so much that others got involved in the lie too. Keep some dignity, madam. All I want to say is that all the allegations against me are baseless.”

He further added, “While accusing me, dragging my actors (Taapsee Pannu) and Bachchan family is next level. Madam, I got married twice. If that is a crime, then I’ll accept that I loved them a lot. Whether it is my first or second wife, lover, actresses, my team, or even the people I have met in public or privately – I never behave in the way accused, nor endorse it. Let’s see what happens further.”

In conclusion, Anurag wrote, “Your video (Payal’s) itself is proof of how much is true, rest assured I send you my prayers and love. Sorry for responding to your English accusations in Hindi.”

Soon after the allegations were made against the filmmaker, actress Taapsee Pannu,  Saiyami Kher, Kalki Koechlin and several others stood in support of Anurag Kashayp.

On Tuesday, Huma Qureshi too issued an official statement.

She wrote, “Anurag and I last worked together in 2012-13 and he is a dear friend and an extremely talented director. In my personal experience and to my knowledge he has neither misbehaved with me or anyone else. However, anyone who claims to be abused must report it to the authorities, the police and the judiciary.”