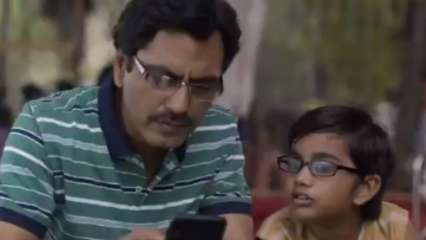 The trailer of Nawazuddin Siddiqui’s upcoming Netflix film ‘Serious Men’ has been unveiled. The plot of the film is about a brilliant son, who aims to break a Guiness World Record.

Nawazuddin Siddiqui is heard talking about four generations, which is when he reveals that he is the second generation of their family (2G). The actor is heard telling his on-screen wife that in a family, by the time the fourth generation is born, they don’t have to work for money, exclaiming how the third generation is usually the smartest.

Soon enters his own son, who has the mind of an Einstein when it comes to science. While underestimated by his mother, there is a hint that the child is brilliant at other topics like politics too. Soon, he goes on to become the star of the society and area.

Towards the end of the trailer, Nawazuddin also talks about making him a social media star, describing the social media reach his son has. That is when the little boy questions how many followers does Shah Rukh Khan have, and in turn, Nawaz says ‘Aukaad mein reh’.